Home / whiplash injury claim / How Much Compensation For Whiplash And Tinnitus 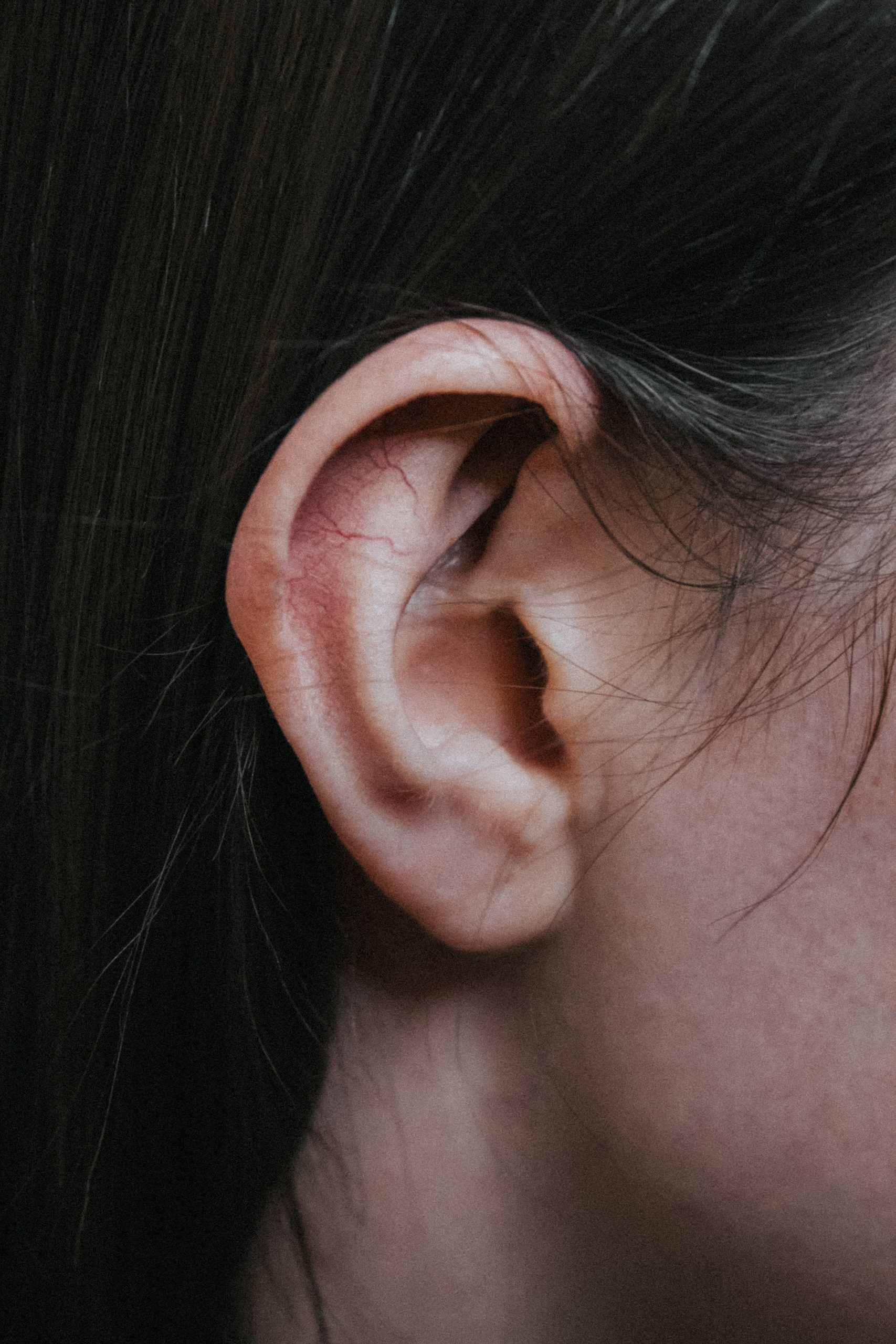 How Much Compensation For Whiplash And Tinnitus. Whiplash injuries are one of the most common injuries that can occur in a car accident, and sometimes they’re accompanied by tinnitus, which is often known as ringing in the ears. These injuries can be quite complicated to treat, and they can sometimes lead to more severe problems later on down the road if they’re not handled properly. If you’ve recently been involved in an accident and think you may have sustained whiplash or tinnitus as well, you should contact our office today to discuss how much compensation you could receive for your pain and suffering.

Contents hide
1 What is Tinnitus?
2 How much compensation will I get for tinnitus UK?
3 Can whiplash give you tinnitus?
4 Can you claim compensation for tinnitus?
5 What is the average payout for whiplash in the UK?
6 How much is a tinnitus claim worth?
7 How do you prove tinnitus?
8 Start your Whiplash and Tinnitus Claim

If you need to file a tinnitus compensation claim, you presumably already understand what the condition entails. Nonetheless, for the sake of this article, it is necessary to define tinnitus. Generally speaking, tinnitus is described as the perception of an internal sound in the ear, i.e. a sound that no one else can hear. Tinnitus can manifest as many noises, including ringing, white noise, and buzzing.

A few individuals will experience additional sounds, such as a boom or pulsing sound. In rare instances, patients may also hear a piece of music. The pitch of the sound might shift or remain constant throughout time.

How much compensation will I get for tinnitus UK?

If you are suffering from tinnitus, a condition that affects millions of people in Britain and which causes a constant ringing or buzzing sound in your ears, you may be entitled to compensation. However, how much compensation for whiplash and tinnitus can vary significantly depending on your circumstances and if there is someone at fault for what happened. There are two ways to claim.

Through making a No Win No Fee claim or through making an ordinary personal injury claim. In some cases, claims might also be made under Consumer Protection legislation. You should seek advice from a specialist solicitor before deciding whether to make a claim and you can do so by contacting us today. We offer free claims assessments over the phone without any obligation whatsoever.

Can whiplash give you tinnitus?

Whiplash injuries are produced by abrupt acceleration–deceleration, particularly to the head and neck [1,2]. Ten percent of people with whiplash have otological symptoms including tinnitus, deafness, and vertigo.

If you’ve been involved in a road traffic accident that caused a whiplash injury, you may be worried about developing tinnitus. Though rare, it is possible for a whiplash injury to cause damage to your ear and result in tinnitus. This can even occur if you haven’t had an accident, but have engaged in heavy exercise after straining your neck muscles. The most common form of tinnitus is subjective, meaning that only you can hear it. But objective tinnitus does exist – where other people can hear what you are hearing – and it’s believed that around 10% of people with subjective tinnitus also experience objective symptoms.

Common symptoms of whiplash and tinnitus include

Can you claim compensation for tinnitus?

If you are experiencing tinnitus, you may wonder if you can claim compensation for it. This can be a confusing area, as most people aren’t sure exactly what their rights are when it comes to making a claim for something like tinnitus.

You might also have questions about how much compensation for whiplash and tinnitus is available or whether no win no fee claims will be open to you or not. The good news is that there are answers to all of these questions. Let’s take a look at them now so that you can better understand your rights in relation to claiming compensation for tinnitus.

Noise-induced tinnitus is a major harm to the inner ear that can be caused by loud occupational sounds. If a firm has put you at risk of inner ear injury, resulting in tinnitus, it is imperative that you visit a lawyer who will seek compensation for your tinnitus.

What is the average payout for whiplash in the UK?

In the United Kingdom, the typical payment for whiplash is between £1,000 to £3,000 for minor injuries with discomfort and headaches lasting a few days to a few weeks. In the most severe situations, more severe whiplash injuries with longer-lasting symptoms can settle for up to approximately £100,000.

The average whiplash payout in Great Britain is around £3,000. This doesn’t mean that all claimants receive compensation at that level, but most do. There are also substantial outliers on either end of that range; some claims can be as low as £500 while others have exceeded £10,000. However, only a very small percentage of cases reach six figures.

Most whiplash-related injuries resolve within two weeks and are unlikely to result in permanent damage. Because of these factors, it’s important to keep your expectations realistic when pursuing compensation for your pain and suffering. If you expect to receive £5,000 or more and you don’t think you can prove your case with medical records and testimony from witnesses, it might not be worth taking legal action—especially if you will have to pay out-of-pocket expenses like court fees up front.

How much is a tinnitus claim worth?

The majority of personal injury claims for tinnitus result from car accidents.

A tinnitus claim can be worth anything from a few hundred pounds to a few thousand depending on your unique circumstances. If you have suffered from chronic tinnitus (that is, constant ringing in your ears) for more than three months and it is interfering with your quality of life, you could have grounds for making a personal injury claim to cover your costs.

The best way to find out how much compensation you are entitled to is by getting in touch with a specialist claims management company like HD Claims who will assess your case free of charge. To find out how much compensation for whiplash and tinnitus, call 0141 280 1112 or complete our online contact form. We offer no win no fee claims across Scotland.

How do you prove tinnitus?

Diagnosing tinnitus usually involves an evaluation with your doctor or audiologist.

They will check your ears, head, and neck in search of potential tinnitus causes. Tests may include the following:

Audiological exam (Hearing) – As part of the examination, you will sit in a soundproof room while wearing headphones. Specific noises will be played into one ear. You will be asked to identify when you can hear the sound, and your responses will be compared to those of others your age. This can help rule out or identify potential tinnitus causes.

Movement – Your physician may request that you move your eyes, jaw, neck, arms, and legs. If your tinnitus changes or worsens, it may be indicative of an underlying disease or other treatable medical issues.

Imaging tests – Depending on the probable source of your tinnitus, imaging tests such as CT and MRI scans may be necessary.

The amount of compensation you could get for tinnitus depends on how much it affects your day-to-day life. Your injury claim lawyer or doctor can assess what effect your tinnitus has on your quality of life, and a judge or jury is likely to ask themselves similar questions when deciding how much you should be paid in compensation.

It’s important to know that there are no hard and fast rules about how much compensation you could receive for tinnitus; each case is different. However, there are some general guidelines which will help give you an idea of what kind of money might be involved. You may find that these factors play a part in your personal case How long have you had tinnitus?

Did you have tinnitus before your accident? If so, then you could argue that your tinnitus was already worse than average, and so therefore should receive more compensation.

This isn’t always true – if your pre-accident tinnitus was very mild compared to other people with similar injuries, then it wouldn’t make sense for you to receive more compensation just because yours was slightly worse beforehand. What impact does your tinnitus have on your everyday life?

Start your Whiplash and Tinnitus Claim

To win a whiplash and tinnitus compensation claim, it’s important to get in touch with a specialist personal injury lawyer. The team at HD Claims will talk you through every aspect of your injury and advise you on whether you have a case. Call 0141 280 1112 today for a free claims assessment. 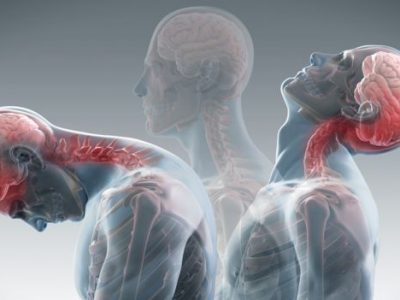 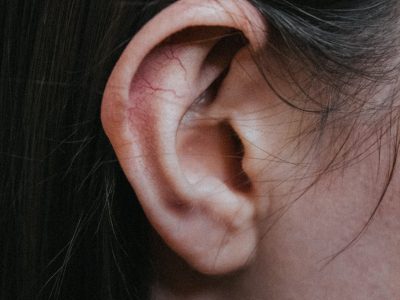 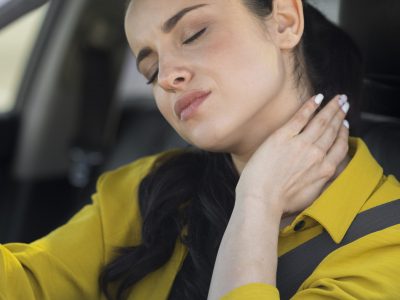 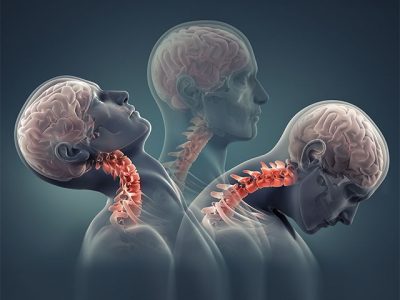 How Much Compensation For Whiplash And Back Pain